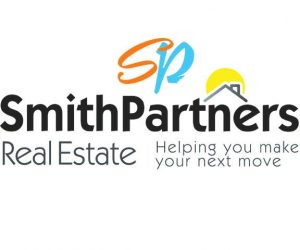 Property Management, Property sales.
WRXSA member offer:
Refer a family or friend who’s selling and receive a $250 gift card. Selling your home with us? Get no admin fee saving $550 Property management, refer a family or friend and receive a $100 gift voucher (further details to follow as with sale) and owner/landlord received 3 months management free which equates to $457 saving based on a $400 per week home.

9am to 5:30pm Monday to Friday. Weekend by appointment.

Smith Partners Real Estate has been operating since 5th August 2013 when husband and wife team Ryan & Corina Smith started their own real estate business in a humble but functional office space. After only a year, Smith Partners Real Estate had grown so much that they relocated to their first “real” office at The Golden Grove Village Shopping Centre. They celebrated their first birthday and their Grand Opening on the 8th of August 2014 and have continued to grow since that time.

Ryan Smith began his real estate career in 2004 working with one of Adelaide’s Premier Real Estate Agency’s. Starting out in the Property Management department as a Property Inspector, Ryan soon worked his way up to Leasing Manager and subsequently was awarded “Leasing Manager of The Year”.

Soon after, Ryan made the successful transition to a Sales role. In his first year, Ryan achieved a “Rising Star” award, and in the next year he achieved recognition for the sale of his first million dollar property, being inducted into the “Million Dollar Club”. In 2009, Ryan invited his wife Corina to join him as his administration assistant – and The Smith Team was born! In 2011, The Smith Team made a big change and transferred their little team to one of Australia’s largest franchises. Ryan and Corina became the number one team in the number one office in South Australia.

This background of working with a prestigious boutique agency and then a large franchise office gave Ryan and Corina the knowledge and skills required to go out on their own and create Smith Partners Real Estate!